Following the attack on Manchester Arena Monday night, Maswood Ahmed, Campaign Coordinator of Stop Knife Crime UK has issued the following statement: “At this most difficult moment, my thoughts and prayers are with the victims and their families. Innocent lives have been lost but we need to fight all crimes together so these lives are not lost in vein.” He also said, “I pay tribute to the police and emergency services including medical staff who have worked tirelessly to save lives. I am particularly touched by the heroism and generosity of ordinary folks of all backgrounds including taxi drivers who helped in any way they can to get people to safety. We need to unite communities to stop crime in society.”

Knife crime victim, Syed Jamanoor Islam’s father Mr Syed Abdul Mukit who was involved in the campaign said, “we recently lost our son, I know the pain of losing a loved one and my heart goes out to those families who have lost a loved one in this tragedy.”

Stop Knife Crime UK is a campaign, which was launched following the death of Syed Jamanoor Islam, a 20 years-old man, from Mile End, Tower Hamlets, London.

Syed Jamanoor Islam, 20, was stabbed to death in Mile End on 11 April 2017. The business student was out with friends when they were confronted by a group of men in Wager Street.

Police were called to the scene at around 4.46pm and he was pronounced dead at hospital just after 5.30pm. A post-mortem confirmed the cause of death was a stab wound. Detectives arrested four men aged between 15 and 18 on suspicion of murder. They are due to stand trial at the Old Bailey on 9 October 2017. The Met's Homicide and Major Crime Command are investigating under Detective Chief Inspector Tony Lynes.

DCI Lynes said: "We are keen to speak to anyone who was in the area at that time and might have seen what happened or who has any information about the circumstances."

To give information anonymously contact Crimestoppers on 0800 555 111 or via the crimestoppers-uk.org web site. (Source: murdermap.co.uk)

"The safety of all Londoners is my first priority, and our city is one of the safest in the world thanks to the hard work and dedication of our police officers. But I want it to be even safer. I want every Londoner, regardless of age or background, to have trust and confidence in their local officers and feel that their local concerns are being met, whoever they are and wherever they live."

The teenager was stabbed following a fight on a route 64 bus.

Deputy Mayor for Policing and Crime
Working together, we can make a bigger difference than working in isolation. We’re going to keep listening and talking throughout the life of this Plan, harnessing the skills, experience, insights and motivation of the many thousands of great people working day in and day out to keep London safe.

Thousands of mourners gathered to paid their respects to Syed Jamanoor Islam who was stabbed to death in Mile End.

The 20-year-old who was stabbed and attacked by a group of men in Wagner Street on April 11, was remembered by family friends, community leaders, police, councillors and members of the Muslim community at the East London Mosque, in Whitechapel.

The crowds followed the hursts to the Gardens of Peace Muslim Cemetery in Elmbridge Road, Hainault to lay the former Swanlea Secondary School and Tower Hamlets College business student to rest.

Uncle Jitu Choudhury, who flew over from the USA to join the funeral, said: “I hope everyone can realise that my nephew was a young, bright, talented young man whose life is wasted to mindless killing, the killers lives too are wasted.”

Hundreds gathered round to help bury Syed by each throwing a handful of soil into his grave and stood round to pray for him and his family.

Father, Syed Abdul Mukit, added: “I do not want other parents to go through what we as parents are going through.

“We must stop this senseless killing.

“I appreciate alll the community, friends and familt for coming to the ceremony and giving us support.”

The family have started a campaign, Stop Knife Crime, to stop youths carrying knives and want parents to be more involved in their children’s activities.

Campaign co-ordinator, Maswood Ahmed, said: “Every life lost is a tragedy and it leaves families and friends devastated.

“We need to put resources where it really matters to save lives being lost in vein and to stop the ripple effect of this vicious cycle.”

“This campaign is not about one person, it is about all of us taking responsibility as parents, as community leaders, as politicians, as local, regional and central government, tackling crime at its root and putting a stop to knife crime.”

Three teenagers have since been charged in connection with his death.

Visit stopknifecrime.uk for more on the campaign.

A man has been arrested after a teenager was stabbed to death at a Docklands light railway station in London.

The 19-year-old died on Friday after the knife attack at Crossharbour DLR station in Poplar, east London.

A second man who was also found stabbed was being treated in hospital.

The British Transport Police said a 21-year-old man, of Tower Hamlets, east London, was being questioned on suspicion of murder.

Det Chief Insp Paul Langley said: "We have been working around the clock to trace those responsible for his death and this is a positive step in the ongoing investigation.

"I'd like to thank the victim's family for their patience and strength, and once again extend our deepest condolences to them."

If you know of individuals affected by knife crime and would like help and support please contact us for help.

Syed Jamanoor Islam, a 20 year old man from Mile End was murdered on Tuesday 14th April 2017, the suspects are in custody. This took place in broad daylight in front of his mother, near his home, in Tower Hamlets.

On 20th April 2017, at 6:15pm a rally took place in Altab Ali Park, in Whitechapel. At the rally family and friends agreed to the following action:

A murder investigation has been launched following the death of a woman at an address in Mile End.

Police were called by the London Ambulance Service (LAS) shortly before 23:00hrs on Thursday, 4 May to a residential address on Dora Street, E14 following reports of several people suffering from stab injuries.

A 20-year-old woman [Victim 1] was pronounced dead at the scene at around 23:40hrs. Next of kin have been informed.

Whilst detectives believe they know who the deceased is they await a formal identification.

Two other people - a 42-year-old woman [Victim 2] and 24-year-old man [Victim 3] - were taken to an east London hospital. Their injuries are described as not life-threatening and have since been discharged.

There two other uninjured parties at the address.

The suspect fled the scene prior to police arrival.

The Homicide and Major Crime Command are investigating.

At this early stage it is understood all parties are known to each other.

To give information anonymously call Crimestoppers on 0800 555 111 or visit crimestoppers-uk.org.

There have been no arrests at this stage and enquiries continue. 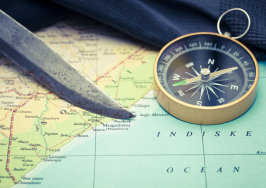 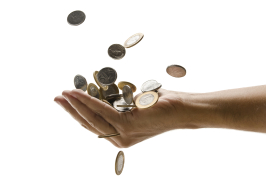